Strengthening Connection
with Self, Others, and the Natural World

Common Good Learning is all about working towards a "higher" education rooted in wisdom, honoring and celebrating life's diversity and interconnections, prioritizing what's at stake - economic, ecologic, and spiritual integrity. Interestingly enough, these goals depend on nurturing the three most neglected "multiple intelligences" theorized by developmental psychologist Howard Gardner: Interpersonal, Intrapersonal, and Naturalistic. Contact us to inquire more about co-designing a program. 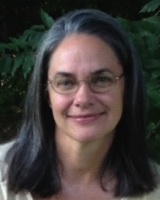 I was a STEM student before STEM became trendy. I emerged from my formal education technically equipped to keep the wheels of corporate-industrial America humming. But despite the Bachelor's degree, Master's degree, and post-graduate "Professional" certificate, I remained pretty clueless about what it means to be an informed and involved member of society.

In all the frenzy of career making, Economics sadly remained some theoretical black hole around which I mostly played at the edges. Politics and Government was something delivered to me, like pizza - if I didn't like it, I couldn't really send it back, especially when someone else had called it in. History and Current Events seemed more like mere entertainment, some of it not even that interesting, most of it having nothing to do with me at all.

Totally missing in all my twenty-six years of schooling were courses in philosophy and ethics, conflict resolution, and environmental sustainability. Maybe this was all unique to my own experience, but I somehow doubt it when I see an ever-widening gap between the haves and have-nots (and an opioid epidemic to go along with it), global climate change, and spiritually wounded leaders with access to nuclear arms - all despite the plethora of various degrees among us!

Now I find it increasingly difficult to accept business as usual in education when I know so much is at stake. My response has been the creation of Common Good Learning - made from scratch in more ways than one. 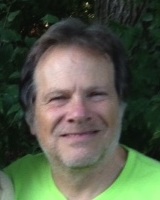 I am both an environmental scientist and cultural anthropologist with experience in a variety of American and international settings. I have particular expertise in the interdisciplinary study of human-environmental relationships and the linkages of nature, culture, and politics. I have studied nature and wild animals and plants since I was a little boy. My childhood heroes were true field naturalists who could interpret everything they saw in the environment in holistic ways. I still hold that skill in very high regard.

Although a lot of my early knowledge was self-taught, I have eagerly consumed a huge amount of formal education in the life and social sciences. I hold a bachelor's degree in Natural Resources-Wildlife Science from Cornell University and a master's degree in Wildlife and Fisheries Sciences from the University of Arizona. I received my PhD in anthropology from the University of Georgia in 2008, with an emphasis on ecological anthropology, how people relate to their natural and built environment.

I have years of experience in various wildlife conservation-oriented capacities, including eighteen years working with the U.S. Fish and Wildlife Service in the continuing education of conservation professionals and in developing high school and college environmental leaders. I have worked with a wide variety of students as an instructor, ranging from grade school children to undergraduate science majors, focusing on environmental education, biology, ecology, and cultural anthropology.

At the end of the day, what I still most enjoy doing is spending time engaging with nature, particularly observing wildlife, be it by turning over logs looking for salamanders, peering in the water for turtles and aquatic insects, or looking at songbirds through binoculars. I welcome opportunities to engage others, of all ages, in doing the same, to learn more about our natural and cultural history, together developing more holistic perspectives on restoring our environment, conserving wild nature, and supporting healthy human communities.

"Now more than ever, we need people who think broadly and who understand systems, connections, patterns, and root causes."

- David Orr, Education for Sustainability: An Agenda for Action